The object I chose to explore was Matryoshka dolls.  I have a few in my home and people seem to like these the idea of one person inside another until you reach the tiniest one. So I took a few photos of them. 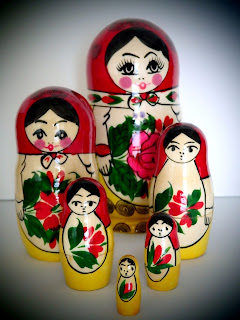 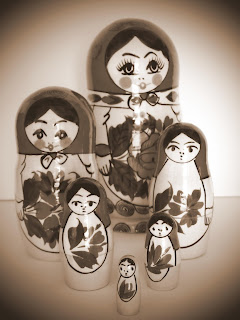 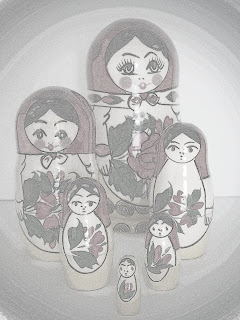 I just played about a little with here while I was thinking about them.  As I said in my first post I was interested in art as therapy as a theme for this term and these dolls are all about identity as each one inside the other is an identity of its own but lived as part of the whole.

This idea that we are lots of people is, again, not new, but I think exploring different parts of the self as therapy in different mediums and forms could be an interesting idea to start thinking about as a project.

Another artist who struggles with her identity and used art as therapy was Frida Kahlo.  As she was in a life-altering accident when the bus she was travelling on hit a streetcar and she was impaled by a steel handrail causing her to have serious damage to her hips and spine when she young, she spent her life having a series of operations to try to correct this and was bedridden often as a result.  Kahlo painted and drew from her bed and also underwent psychological testing that is recorded in the book 'Song for Herself' by Salomon Grimberg. 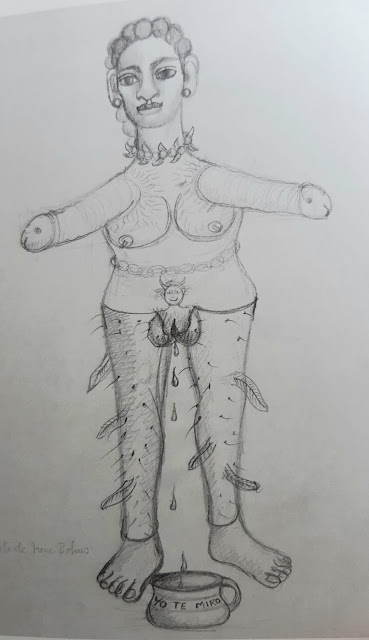 Kahlo writes; 'A self-portrait made in bed was another [when discussing paintings she had made], and since I did it when I did not want to eat, I painted it with a funnel' (Grimberg S. 2008: 63), Kahlo, due to illness, physical disability and depression found ways and perhaps reasons to live through her work and this reflects the power of creation - when designing, creating, making something that is coming from deep inside this is deep therapy and a way of communicating with the world.

So considering these initial thoughts.  I would like to use mixed media in the sense of Anselm Kiefer or Tracey Emin to create a project that explores my own self but I am hoping reaches some universal meaning that will communicate to those who care to look.

Welcome to a New REMOTE Term!

Here we are again but this term all work will be remote and online therefore our goal has to be as innovative and creative with our projects as possible.

So to begin this term as I know that out there you are all living in the age of anxiety I am going to look at Art as Therapy.  This is not a new concept and I think it may appeal as I have always felt by picking up my camera I feel a sense of calm.

Tracey Emin locked herself in a room for 14 days (sound familiar!) as therapy and she created 97 works of art. 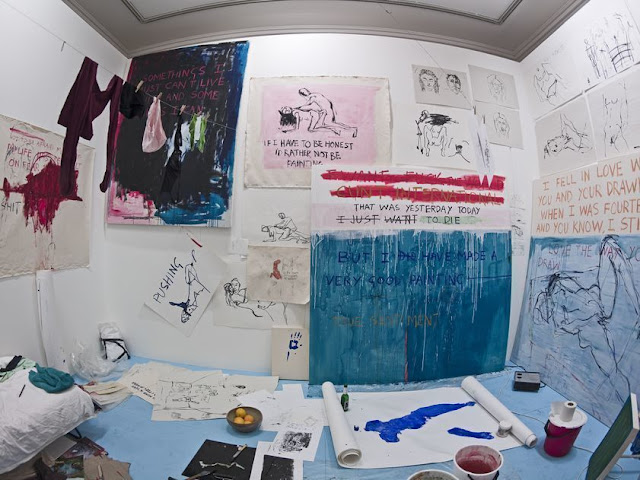 Image from: Exorcism of the last painting I ever made (1996) by Tracey Emin

So, Emin did lock herself in a room and just made paintings, installation and anything she could as therapy 'Tracey Emin lived in a locked room in a gallery for fourteen days, with nothing but a lot of empty canvases and art materials, in an attempt to reconcile herself with paintings. Viewed through a series of wide-angle lenses embedded in the walls, Emin could be watched, stark naked, shaking off her painting demons. Starting by making images like the artists she really admired (i.e. Egon Schiele, Edvard Munch, Yves Klein), Emin's two-week art-therapy session resulted in a massive outpouring of autobiographical images, and the discovery of a style all her own. The room was extracted in its entirety, and now exists as an installation work.' (Saatchigallery: Tracey Emin)

There are many artists who have used art specifically as therapy but it is perhaps all artists who do this in some way.  Releasing there innermost demons, thoughts, desires, political motivations, struggles with identity etc.


So this term art therapy is what we need!

This term I started my project and unfortunately for the first time actually did not complete this.  Demands, unfortunately, a little too high.  I have however throughout this project found some great research that I can use in the future for projects and I thoroughly enjoyed investigating diarist and looking again at Joan Fontcuberta. 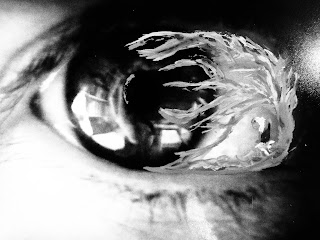 I also have all my specialist sessions in hard copy in my photography sketchbook which is actually the best part of this as it has all my process and completed work.  I have started to complete the hard copy portfolio.  The eye above I created in mixed media in photography class and used this to create my portfolio front cover below: 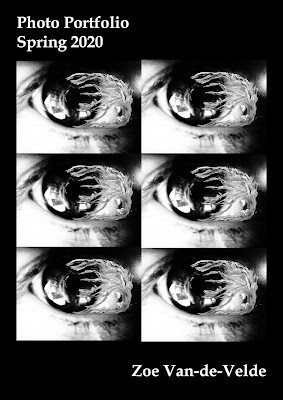 So, although I don't have a complete final outcome.  I have worked on many ideas and photographs throughout the term and I have enjoyed this immensely.  I used the eye on the front cover as this was one of my favourite pieces.  Next term I may work further on the mixed media photography as this could be interesting particularly now we are self-isolating and images will be a little more barren of people.  This should not, however, stop the photographic journey.....