This is the final sequential box images.... 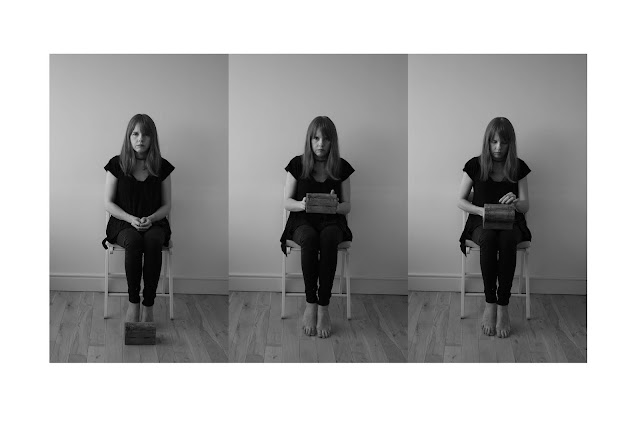 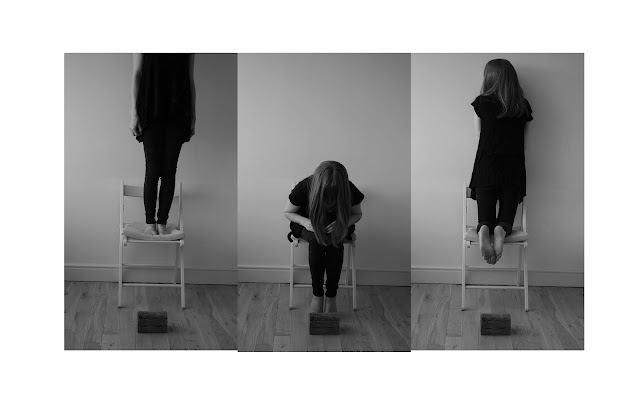 The sequence works in terms of what I set out to achieve and although I would shoot these again as I can see how I could make the images have more impact through more precision in the poses. Overall a good sequence which I believe I have put together in a way that exemplifies the message, however my favourite image from this set is the last one.. 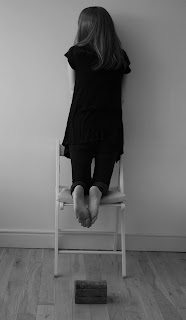 This has everything I wanted to say inside it, it is a beautiful silent moment that I can go back inside of through looking at this image.
Posted by Zoe Van-de-Velde at 11:45 No comments:


As discussed in my last post I am interested in creating that sense of emptiness and feeling of existential crisis therefore my images will be a homage to Klauke using the chair and an empty space, myself as subject and a box. The box is important, Pandora was the first woman on earth created by the Gods according to Greek myth. She was created as a punishment to mankind and was given a box that she was told never to open. Her curiosity got the better of her and she opens the box and all the illness, strife and horror is released upon mankind, however what remained in the box was hope. (greekmythsandgreekmythology.com 2018). The box in my own pictures is perhaps a feeling of Weltschmerz (this translates from German as world-pain/world-weariness) and this in turn is personal despair within the world.

I began by setting up my chair in my flat against an empty wall and a tripod directly opposite.  I used my Olympus E3 with wide lens (this was due to space constrictions as I did not have the distance for the telephoto lens). I set the aperture to 4.5 to start with, the ISO to 400 as I was indoors and although there was natural light it was slightly dark.  I shot the images in both RAW and jpeg so that I could edit the set, I also shot in black and white but as I also shot in RAW this meant that I had a colour version of each image as I wanted to have the choice of colour or black and white in the final piece. I shot 80 images so that I had a good selection of choices for each part of the sequence. 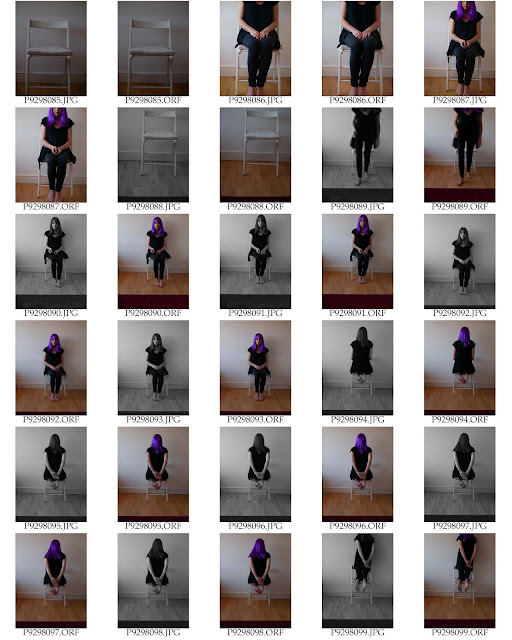 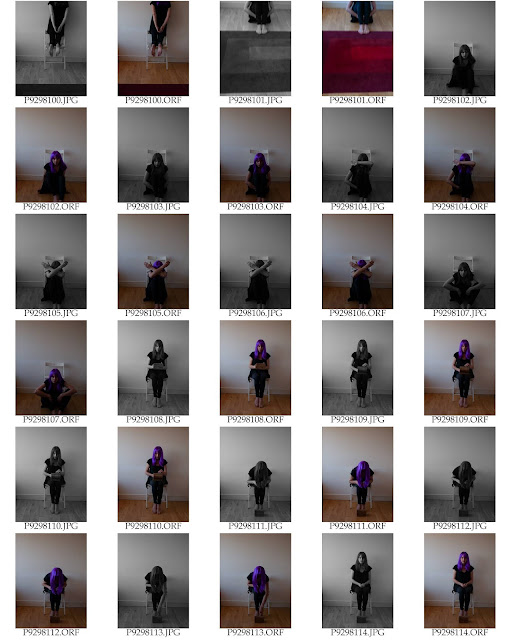 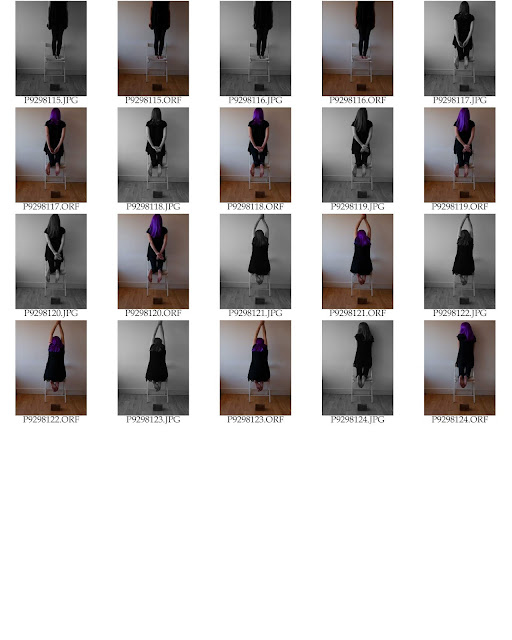 I was fairly happy with the images technically in terms of composition and light, so then I had to decide how I would like these would be placed together give the affect and message that I wanted to get across.  I wanted to include one with no subject, three with the box and two others.  I made the choices and then worked on putting these together in a simple sequence.  My next post will show the result of these choices.

Jurgen Klauke is a German artist who uses photography and performance to explore identity, the body and staged photography. His seminal work from 1970s uses his own body as subject and object. These sequential performances use a mixture of minimalism and surrealism to express the human state of mind - whether this is disturbed, bored (as above), depressed, excited, ecstatic or simply about being oneself. 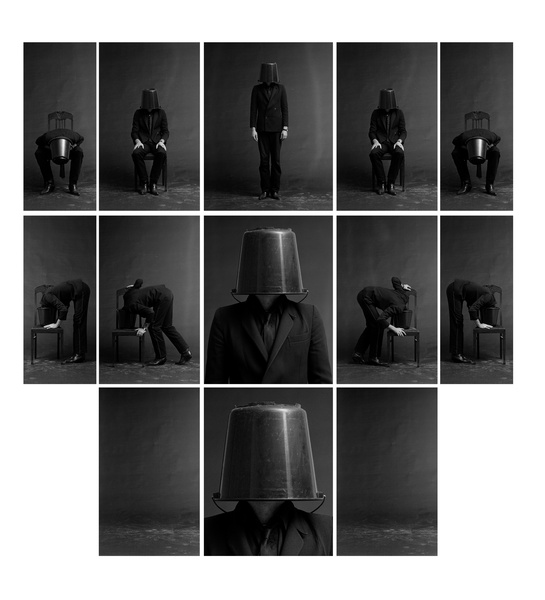 
Contemporary Art Daily writes in its press release for this show: 'The fundamental themes of Klauke’s work are: the breakdown of human communication, losing the reason for living, the crippling emptiness and boredom of an unfulfilled existence, the suggestive threats to mental and physical identity through the power of the media, and the mechanisation of all areas of life, not excluding the human body. When Klauke does move away from this agenda, at times through irony, he does so to express despair rather than to create distance.' (Contemporary Art Daily 2017). In my own work I am hoping to create some of this sense of communication breaking down, the sense of being very alone in a loud and busy world. The images I am intending to create will I hope have this vibrant sense of emptiness within them.

Welcome to my blog.  I am a tutor at DMU International College I am using this blog as an example to students in Art, Design & Media of how to create a blog, to post contextual research and how to explore their own working practices throughout the year.

I will complete the same the work the students have been set as a pedagogical approach to demonstrate how I explore my own working practices in my own area.

I will begin here by discussing a photograph that I have always found makes me smile..