For my own self-study shoot, I chose to do the Interior Architecture of my own building.  I live in The Exchange Building in Leicester which used to be the old post office exchange. The building has an interesting history and was at the heart of communication systems in Leicester.  Also, it was the first Drive-In Post Office; 'On 11 December 1959, the United Kingdom’s first drive-in post office opened. It was situated at the new Wharf Street Branch Post Office under the centre archway of the Wharf Street Telephone Exchange building in Leicester, which had a private road running through it.' (Todd, 2013).  The reason I chose to shoot this though was not the building's history as such but personal history, My father bought my flat for me in 2015 and although he hated it and wanted me to have a nice house somewhere, this is the place I love the most, my flat is my place of safety and comfort and for all its flaws I really love this place. 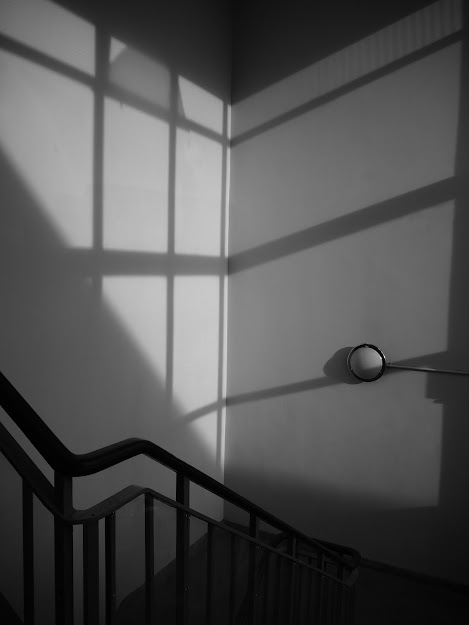 I wanted to shoot the interior architecture as I have spent much time photographing the Leicester streets and I thought this would be a little different.  I used My Olympus OMD Mark II. I shot in Black and White, high quality and in RAW and jpeg. These are my contacts from the shoot. 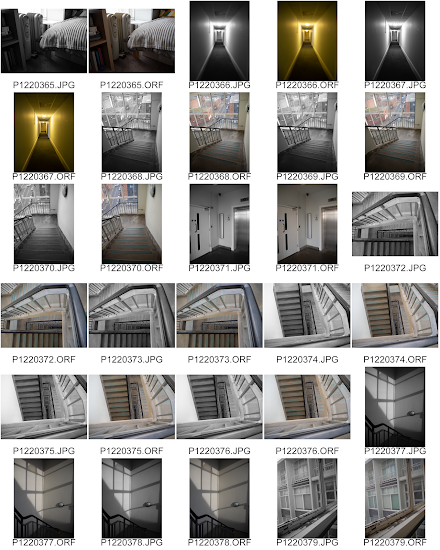 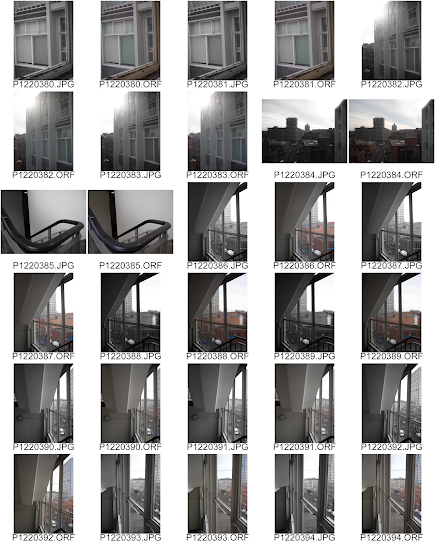 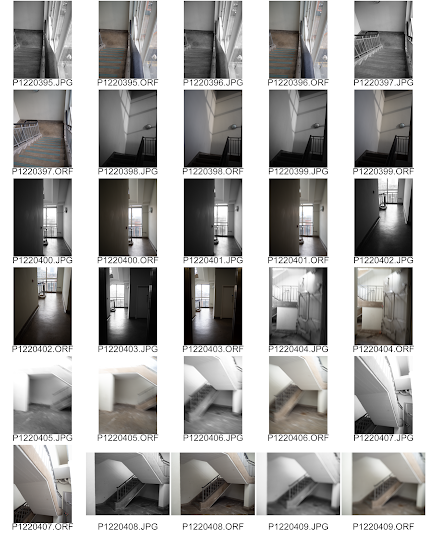 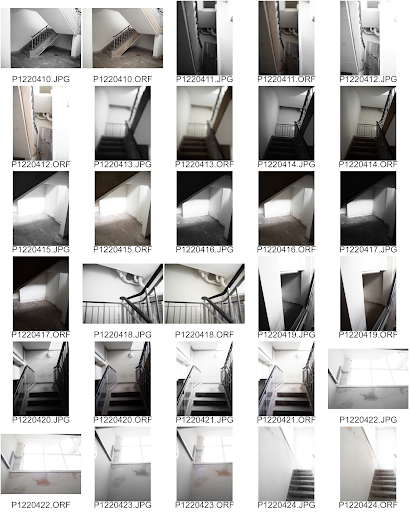 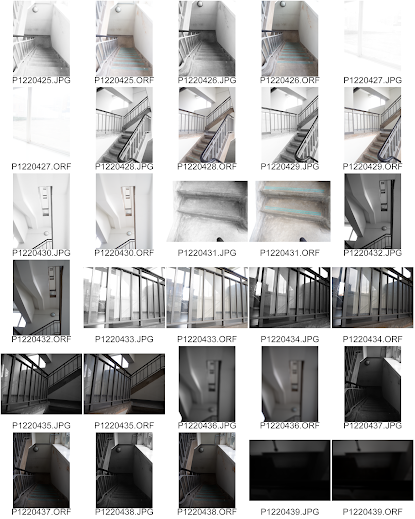 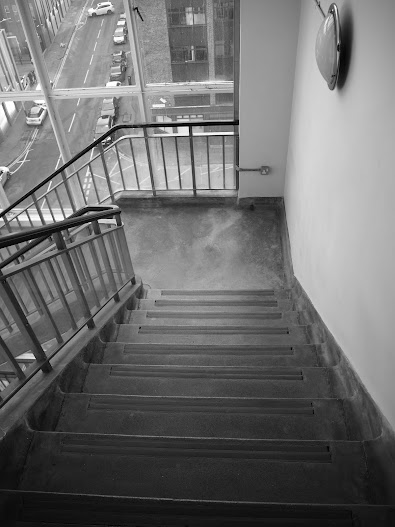 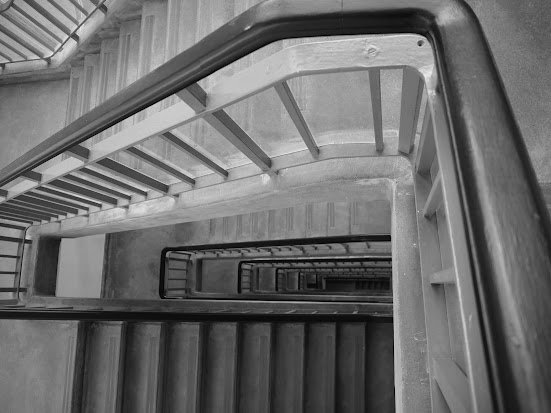 F3.5, 1/60, ISO 100. 0 Step, 14mm
Really enjoy the curves and shapes on this top-down shot of the stairway, the repeated pattern really makes this work 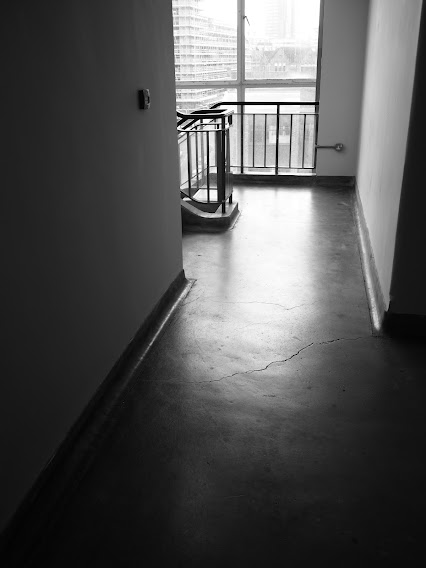 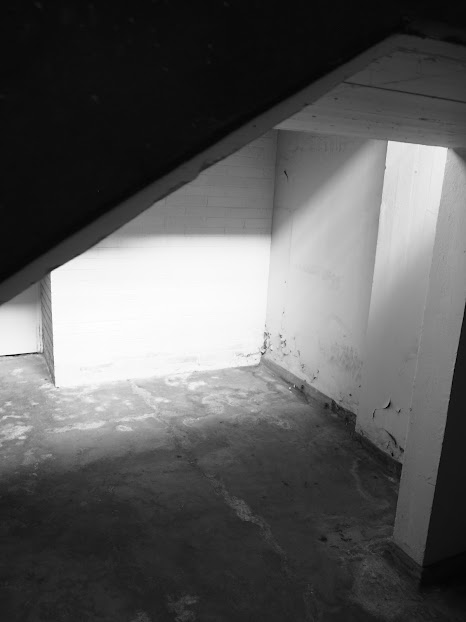 F5.6, 3/5, ISO 500, 14mm
I struggled with the light in the basement however I got some good shots of the peeling painting, the concrete walls, and the lines.
Really liked many of the images I took on this shoot, and will be looking more closely at these for portfolio.  I think that interior/exterior shots will work well together for this.