Ana Mendieta (November 18, 1948 – September 8, 1985) was a performance artist who used photography, mixed media, film, and painting in her work.  Mendieta created challenging work such as 'Rape Scene' (1973) that challenged the viewer to experience uncomfortable truths the piece; 'was created in response to a brutal and highly publicised rape and murder of a nursing student, Sara Ann Otten, by another student in March 1973. The following month Mendieta invited her fellow students to her apartment where, through a door left purposefully ajar, they found her in the position recorded in this photograph, which recreated the scene as reported in the press. Some time later, Mendieta recalled that her audience ‘all sat down, and started talking about it. I didn’t move. I stayed in position for about an hour. It really jolted them.’ (Tate: 2023)  Here, in the image there are broken items on the floor, a suggestion of domestic violence, the woman is leaned over the table she is dehumanised by not having an identity, she becomes just a body as the rapist might see her.  It looks like blood on the womans bottom and thighs again suggesting abuse.  The evidence around the scene and the woman's body are traces of the abuse of a man.  In my own work on 'traces' I used the doll in this same position, abused, dehumanised, highlighting that outcomes for rape are now worse than ever and women's rights are going backward not forward, we are in a time of crisis. 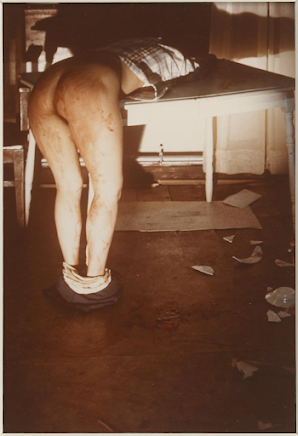 Ana Mendieta's Silueta series Mendieta uses nature and becomes part of the earth. Mendieta clearly felt a depp connection to the earth with and through her body and this series exemplifies her feeling '[Mendieta's] Silueta (Silhouette) series (begun in 1973) used a typology of abstracted feminine forms, through which she hoped to access an “omnipresent female force.”'(Guggenheim; 2023) In the first image, Mendieta becomes the earth, the tree appears to be growing from her and her body is entwined within the branches and leaves.  Her face is obscured as in this she is all woman, with a spiritual connection to the earth. 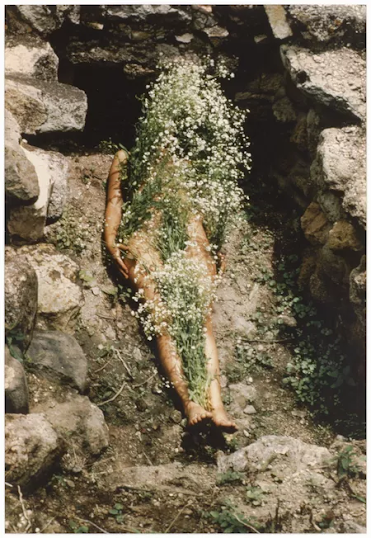 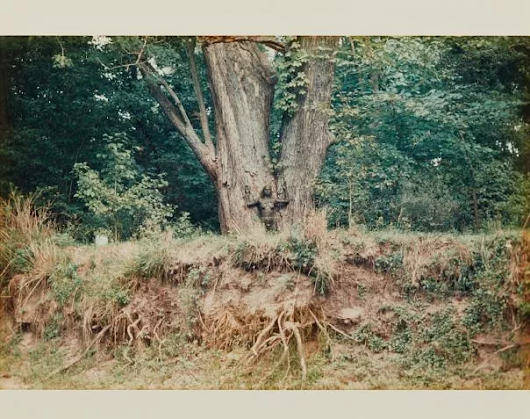 In the second image, Mendieta camouflages herself against the tree, it is almost animalist and in nature, they are also about identity and place in the world, Brough states that; 'Mendieta’s earthworks occupy a liminal space between presence and absence'  (Brough:2020).  In my own work, I play with presence and absence, and as a woman often we can feel invisible and 'absent' from life as if we have been eliminated.  Mendieta resonates with women as they understand what it is to disappear, to not be seen or to be seen but in the wrong way, an identity thrust upon us by man, society.  Mendieta's work should be meditated upon and considered deeply her presence/absence in these images highlights womans' existence.References