We visited the cultural quarter in Leicester to explore urban landscape photography. As we were looking at Micheal Wolff and Thomas Struth, I was considering Leading lines (like Struth) in my images I wanted to show some architectural close-ups but I do like the city and Wolff's Architecture of Density which I also tried to exemplify in some of my own work. Leicester, of course, has its own character and identity and this I wanted to explore and show through looking through the lens at Leicester!

Thomas Struth, Bernhardstrasse 2, Leipzig, 1991
I used a Canon 700D for the shoot, beginning with settings around ISO 200, Aperture priority. These are the contacts from teh shoot 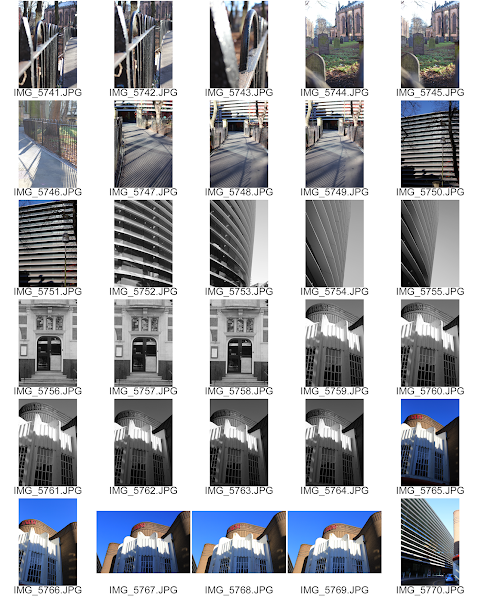 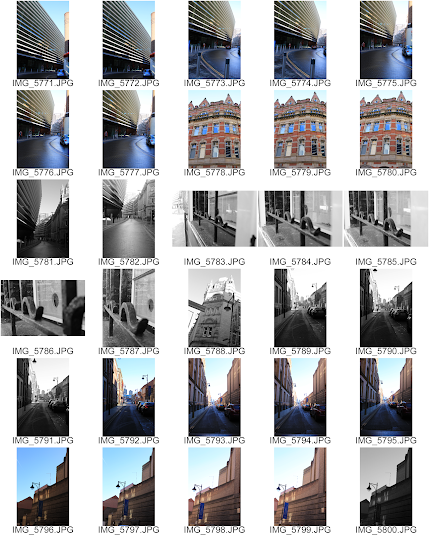 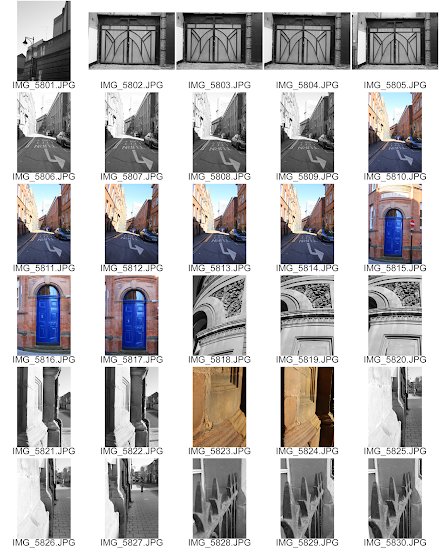 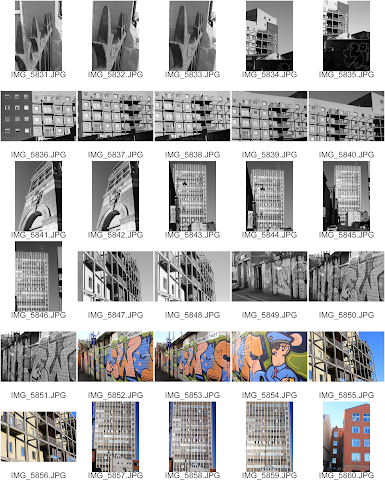 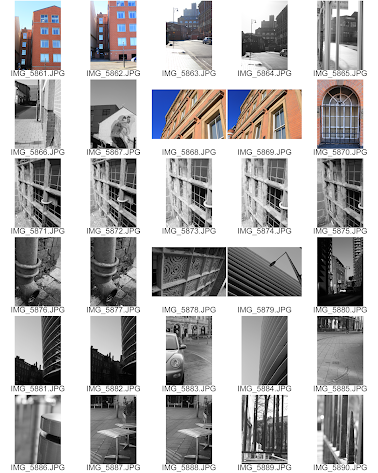 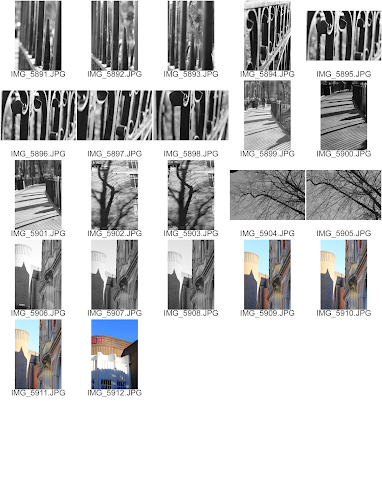 For this shoot I used both color and black and white and I think there are some shots that really work well, we were blessed with a cold but very sunny day which really enhanced these. 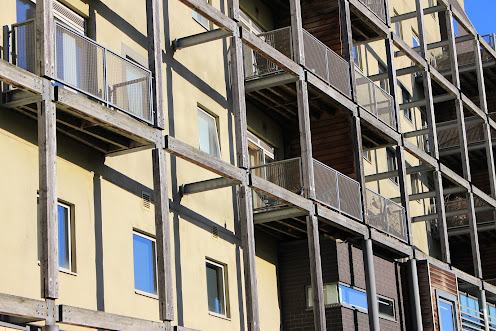 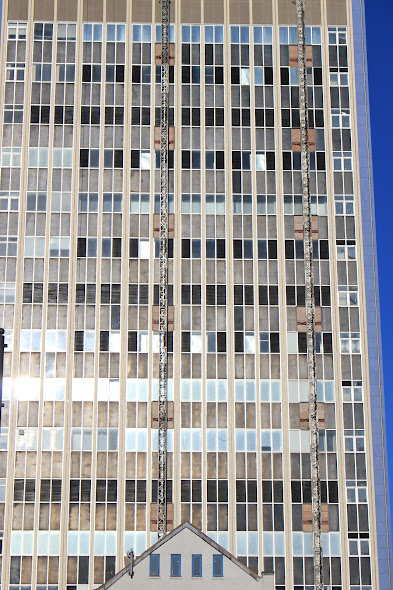 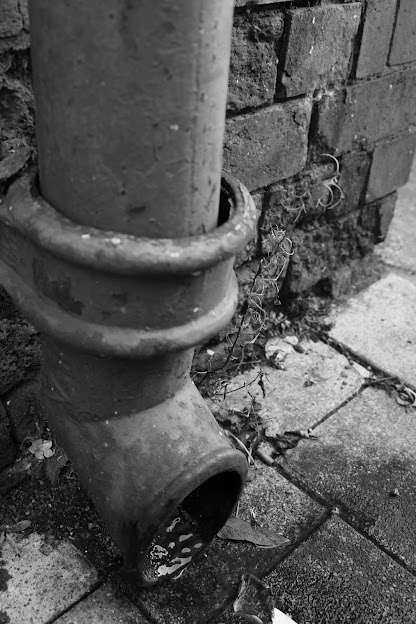 F4, 1/40, ISO 200, 24mm
I liked this shot, the dirt of the pipe the dirty water glistening in the sun, the pavement below...
I will looking further at these shots next week for portfolio but this gives an idea of the shots I will be working with
Posted by Zoe Van-de-Velde at 02:05