Story of Honey: The First Steps...

Honey sat on his dilapidated porch, in his house in Miles City, Montana.  He was just on the cusp of everything going in the right direction.  He had been accepted to Cambridge university, England to complete his PhD and he had saved enough money and had funding to complete the full three years.  So why when he sat here in his favourite pair of jeans and t-shirt with the legend Elton John did he feel like he would rather bum around Miles City with his mates for the next three years.  Perhaps he was afraid that this was the point life would get too serious. He would also have to fit in with all those stuck up English people who probably knew more than he did and even if they didn't with their posh British accent would sound like they did.  Honey ruffled his his slightly long wavy brown hair, he should get clean and get ready for work. 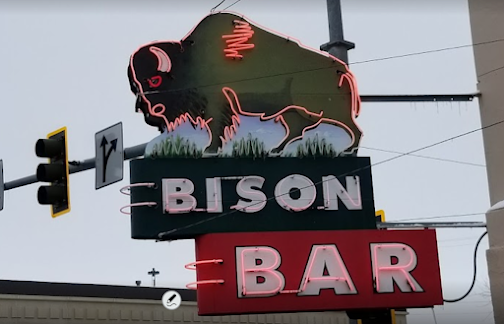 Bison Bar, Montana
Honey worked in a small bar downtown called 'The Bison Bar', it was your average American bar, pretty busy at the weekend and with a wide range of people coming in from the young to the old.  Everyone wanted to kick back and relax and although it was busy, he found the work relaxing and not stressful compared to his studies which took up all of the rest of his time.  Also as the work was undemanding on his brain, he could use the time to think about his PhD. His PhD was going to explore the transformational effects of Saints and idols in the Catholic Church on parishioners.  This study would not be some wooly anecdotal stories from old biddies from church but more an in-depth study that measured brain activity, health, oxygen levels - real measurable bodily transformation. Honey wanted to 'prove' the saint's had power through belief.  Honey had been trying to work out how to find suitable candidates for this study, it was particularly different as this would be in a country he did not know and with people who might find his Americanness abrasive or that they would not take him seriously.

'Hey Honey, what'll dreamin' 'bout, we got customer's' the owner of the bar Cherilyn was hollering at him from the other side of the bar.  'Yeah, yeah I'm on it' Honey, yelled over the rather loud group of women arguing over the check at his end of the bar.